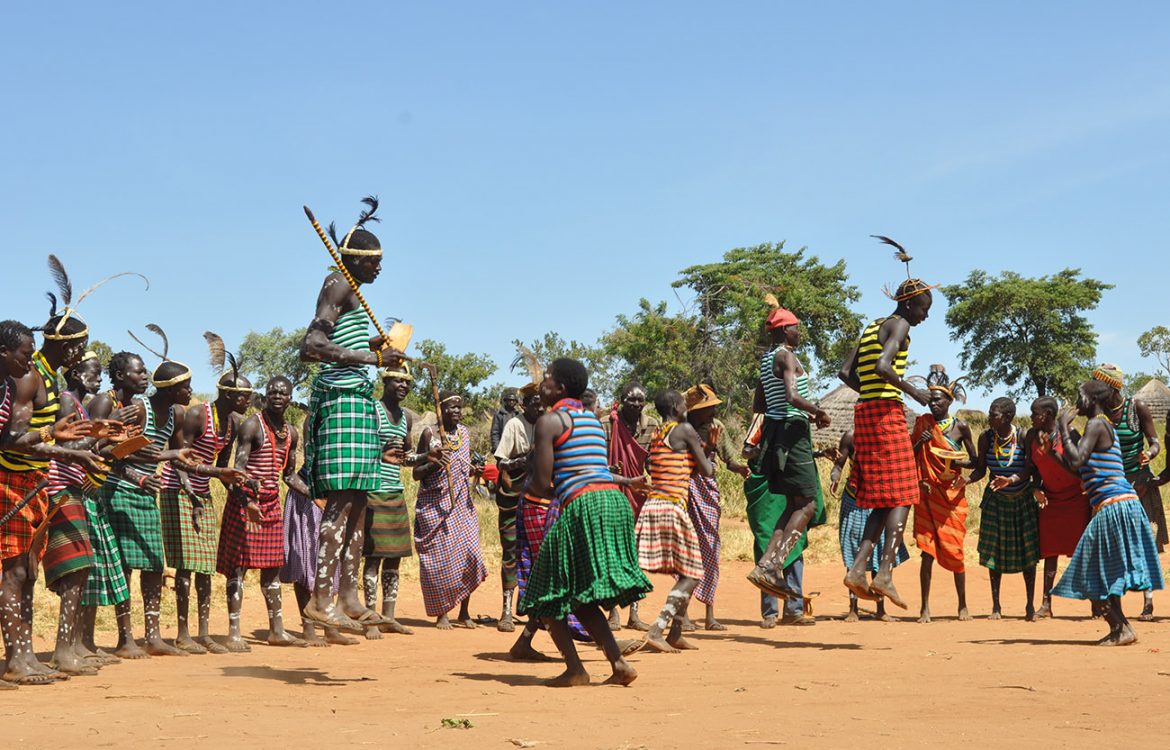 Kidepo valley national park is an awesome wildlife destination worth visiting on a Uganda safari. The savannah park characterized by wide grass plains and blue mountains in the backdrop is broken by distance from the big busy cities in the country; it is situated in the remote northeast corner of Uganda.  Kidepo national park has a typical wilderness feel and is a perfect destination for adventure travel enthusiasts.

Apart from watching wildlife, the scenic landscape plus the distant horizons with scattered trees and anthills other than safari cars, Kidepo is a wild place with fascinating cultures. The major cultural groups in Kidepo are the Karamajong and the IK.

Kidepo cultural encounter with the Karamojong

The Karamajong are a Nilotic ethnic group. They speak Karamojong or Karimojong language which is part of the Nilotic language family. They are believed to have migrated from Ethiopia over 500 years ago and settled in the now north eastern Uganda. The Karamajong have a big likeness with their counterparts in northern Kenya and southwestern Ethiopia and all these are known to have largely resisted the onset of modernity. They are one of the few people in Africa that still live a traditional kind of life.

Things to do with the Karamojong

Karamajongs are agro-pastoral herders that live in homesteads called “Manyattas”. They live with their cattle in these homesteads by building kraals close to their huts. Their love for cattle has resulted into disputes over livestock which has kept conflict part of the culture in their region.

The Karamajong community has a thrilling cultural entertainment where groups of people bring on traditional dance for visitors. It involves jumping high in the air. It is enjoyable to join the dancers, feel the music and strokes.

See their art and craft

Karamajong people are great makers of African jewelry and other crafts where you can grab one or two for yourself and this will be for remembrance of your awesome cultural encounter on the trip.

Kidepo cultural encounter with the Ik

The IK are said to have been the first arrivals of the Ethiopian migration. Initially, they were pastoralist but later on lost their cattle to the Karamojongs, Turkana and Pokot through cattle raiding. In 1962, the IK people were evicted from the park and they resorted to a hunter- gatherer lifestyle. Later on, they started subsistence farming on the mountains.

Today, the IK are living a marginal life in the Morungole Mountains.

Things to do on Ik cultural encounters

There are two routes that lead to the Ik people on the Morungole Mountains and the one you will use depends on your level of fitness and the weather conditions of the region.

Learn about their culture

The Ik embrace inheritance of women when they lose their husbands or after divorce. Incest is a taboo and sex before marriage is punishable. These and more, you have a great opportunity to an insightful cultural visit of the Ik people.

Due to the distant location of Kidepo national, it registers few tourists hence a limited number of lodges. However, you don’t have to worry about where to stay when you safari Kidepo valley national park; it has accommodation for all- budget, midrange and luxury. They include;

If you are planning for a Uganda safari and want to include a cultural tour on your trip, Kidepo safari is the perfect holiday for you. It is extremely rewarding with authentic cultural experiences that offer the original African lifestyle especially of the Nilotics in Central and East Africa. To book for a trip to Kidepo valley national park, send an email to info@mumwesafarisuganda.com or speak to our travel consultants through +256-700135510/ +256-414699459.

Commonly known as private drivers here in Africa, a chauffeur is a person hired to…

Top 6 Adventure Activities to Do in Uganda In 2022

Dubbed “the Pearl of Africa”, Uganda is mostly known for its amazing wildlife and primate…