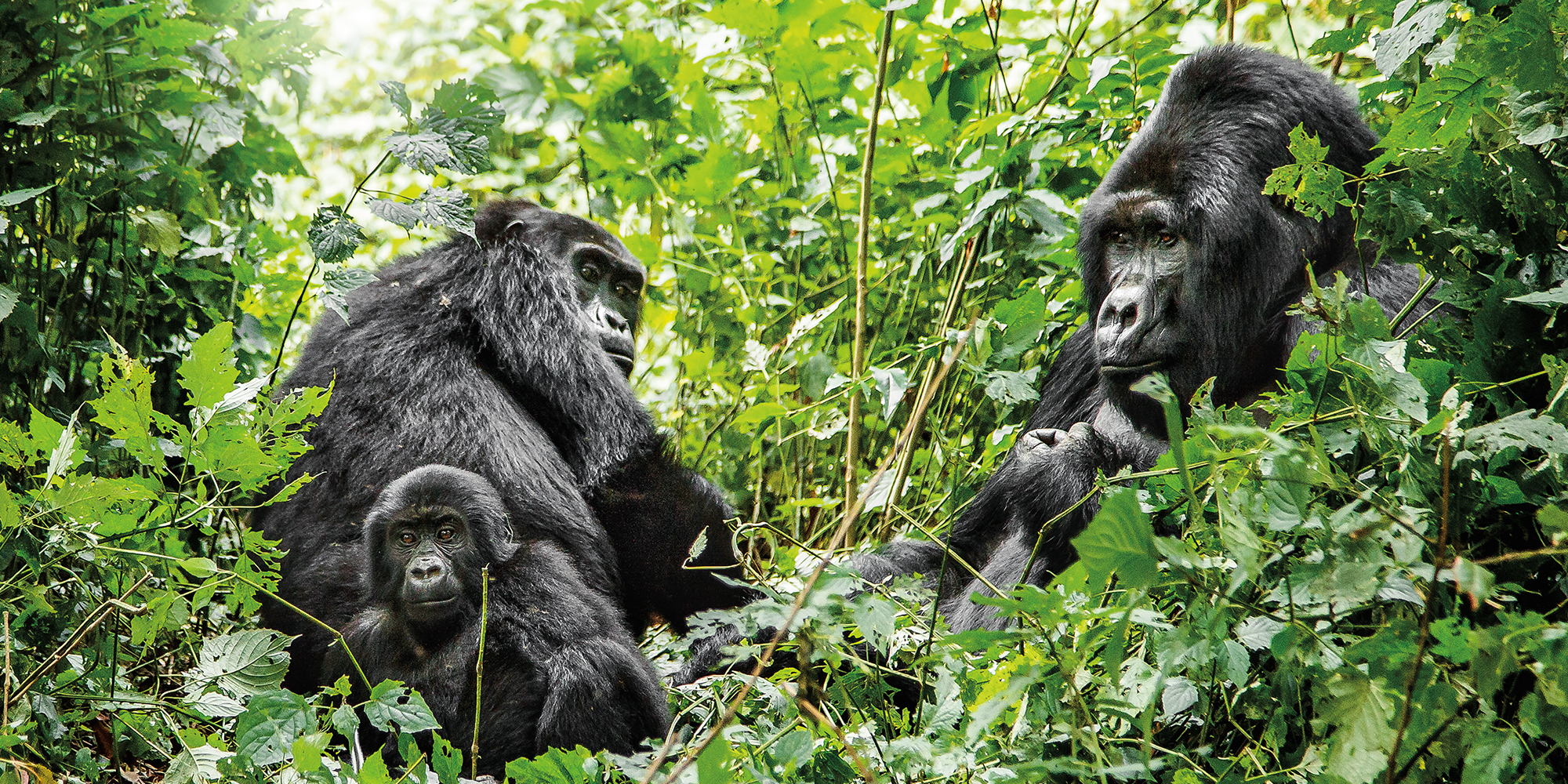 Rwanda’s Volcanoes National Park is the only place in this landlocked but overwhelmingly blessed country, where gorillas are found and can be tracked. Just like any other families, let it be for gorillas, chimpanzees or people, they are always unique with no two families being similar. Volcanoes national park located on the lowest slopes of the Virunga ranges has a number of gorilla families but only 11 gorilla families have been habituated for tourism. For every gorilla group in volcanoes national park, Rwanda Development Board allocates only 8 gorilla permits per day. Meaning that there are 88 permits daily for the trekking adventure considering only 8 people to a gorilla family per day. A single gorilla permit to allow you go gorilla trekking in Volcanoes national park costs $1,500.

The habituated gorilla safari families in Volcanoes national park include;

Also known as Susa B, this gorilla family has 24 members and is headed by Igisha silverback. It broke off from Susa A in 2014. The group got its name from the head of the group Igisha. This gorilla family is known to be the hardest to trek in Volcanoes national park. Trekkers who want to track this family are therefore required to be physically fit.

Kurira gorilla family started with 7 members but has grown to 42 members. Due to this big number, the group split into two leaving the main Kurira and Igisha family which is also called Susa B. Kurira is the oldest gorilla family in Volcanoes national park started by Dian Fossey in 1974. It is headed by a silverback called by Kurira Alpha.

This is a family of 18 members and 2 silverback gorillas. Amahoro is a Kinyarwanda word translated as “peace”. The gorilla family is well known for its calmness and peaceful nature and aggressive families take advantage of this by snatching its members. Amahoro gorilla group is commonly found on the slopes of Mount Bisoke and is one of the hard to track groups. 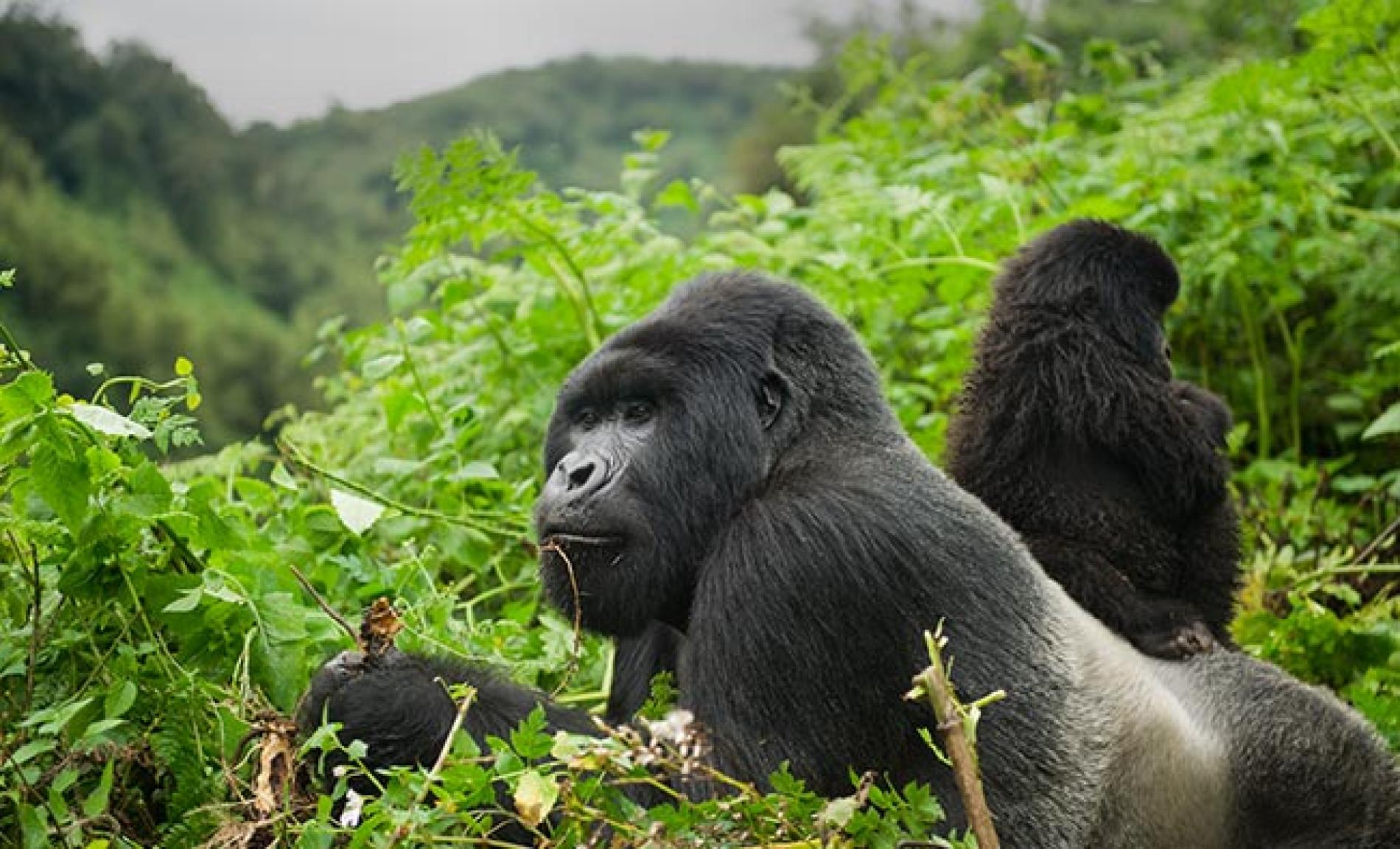 With 13 members and 2 silverbacks, Sabinyo gorilla family is one of the easiest to track and most pleasing gorilla families to encounter in volcanoes national park. It started after the death of a dominant silverback which died of a natural death. His death was followed by splitting of the group where most females left and it remained with only 4 females and 2 silverbacks.

This gorilla group was named after one of the members that were present during the time of habituation. Initially, the group was headed by a dominant silverback known as Nyakairima who was overthrown by Agashya who still leads up to date. Currently, Agashya gorilla family has 27 members. It also roams around the slopes of Mount Sabinyo.

Kwitonda means “humble” in Kinyarwanda. This gorilla family is led by a silverback called Kwitonda. It migrated from the Democratic Republic of Congo and currently stays around Mount Muhabura. Since this family is fond of moving to the upper slopes of the mountain, it is one of the most difficult gorilla groups to track.

This gorilla family was started by a silverback called Charles who broke up from Amahoro gorilla family. The break up was as a result of constant fights between Charles and Ubumwe. The new group has 13 members and 2 silverbacks. Although they separated as families, they still live in the same location of the park.

Hirwa is one of the most new gorilla families in volcanoes national park. With 16 members, Hirwa family is made up of individuals from two groups; Sabinyo and Agashya. It is known to be mobile as it recently settled in Uganda’s Mgahinga national park for months before it returned to Rwanda. Hirwa stays around the slopes of Mount Sabinyo and sometimes Gahinga.

Ugenda is a Kinyarwanda word that means mobile. So the group was named so because of its nature of movement around the park. Ugenda comprises of 11 individuals including 2 silverback gorillas. The family is easy to spot around the lowest slopes of Mt. Bisoke.

This gorilla family derived its name from a local word meaning “wisdom”. The group started in 2007 and has 11 members including one silverback. Bwenge gorilla group was formed by members from different gorilla groups. The group is recommended for trekkers who are not good at long hikes because it is found on the slopes of Bisoke where hiking is easier.

This gorilla group lives on the slopes of Mt. Karisimbi. It was named after Titus, a silverback gorilla who is said to have lost its family to poachers while it was still young. Titus was raised by a king male gorilla after the rest of his family members including his mother and mother and sister had left him and joined other groups. This happened during the times of Dian Fossey’s research at Karisimbi.

With the different characteristics of the above gorilla families in Volcanoes national park, choosing which group to track has been made easier for you. You can visit Volcanoes national park anytime of the year, and also request to track you family of interest early enough. To book a Rwanda gorilla safari, contact us today by sending an email to info@mumwesafarisuganda.com.

How difficult is Gorilla Trekking in Uganda?

If one of your adventure dreams is gorilla trekking, then Uganda is the place to…

Top 7 Reasons To Fall In Love With Uganda

According to Winston Churchill in his book, “My Journey to Africa”,  Uganda is truly the…

All You Need To Know About & Expect On A Uganda Safari

Not even a word can explain the goodness, beauty and greatness of Uganda - famously…