Watching a hippo gives an ultimate feeling wondering how this mammal physically looks like, how huge, ugly and probably how they manage to stay in water all day. As one of the top hosts of hippos in East Africa, Uganda is one of the best places to film these huge mammals. Thousands of hippos live in the many lakes and rivers of Uganda. Tourists can encounter countless pods of hippos in four of Uganda’s national parks.

Hippo is an abbreviation for hippopotamus, a Greek word that means River horse. Most people simply refer to them as hippos and this is what we are also going to use in this article. Hippos are the third largest land animal after the elephant and rhinoceros. A fully grown hippo can weigh 1.5 to 3 tons and males are larger than females. Regardless of their weight, hippos are very fast- they can run 30-40 km/hour for short distances. They are semi aquatic animals that spend most of their day time in water and this is an adaptation to their hairless bodies and lack of sweat glands; the water keeps them cool and protects them from the heat. Hippos are herbivores that primarily feed on short grass. They exit the water in the night to go and feed and can eat up to 150 pounds of grass that will take them up to the next evening.

The top places recommended for filming in Uganda include;

Queen Elizabeth National Park is the best place for hippo filming in Uganda. Countless pods of hippos are seen along Kazinga channel, a 40km waterway that joins lakes George and Edward which are also homes to a big number of hippos. River Ishasha and some other few crater lakes harbor more hippos while they may also stay in temporary pools of water formed by rainfall during the wet season.

Since Queen Elizabeth has an incredible population of hippos, it conducts Hippo census once in two years. This is an experiential event that aims at monitoring the trend of hippo population in the park. It involves counting and recording the number of hippos in the various water bodies and pools in the park including Kazinga channel, Lake George, Lake Edward, rivers Ishasha and Kyambura, crater lakes Kyasanduka and Nyamusingiri and muddy water pools. Being part of the activity requires a foreigner individual to pay USD100 while an East African citizen pays USD30.

If you want to go hippo filming safari  in Murchison Falls national park, the event will take place on River Nile. You go for a boat ride taking you either up to the bottom of the falls or down towards the Albert delta. Both trips offer a good chance to see a number of hippo herds. The experience is exciting as you watch the boat get closer to the hippos as they dive and run away letting the boat proceed with the cruise. While on a game drive, you have chances to come across hippos early morning as well as in any nearby water pools.

Lake Mburo national park has five lakes but boat cruise safaris are done on Lake Mburo. The boat trip takes tourists along the Eastern shore of the lake where they see lots of hippos and other wildlife including crocodiles, buffaloes and bird life. More hippos can be seen during early morning game drives and also when you visit other lakes in the park.

Filming of hippos in the Toro Semuliki wildlife reserve can be done on a boat cruise along the Semuliki River and the shores of Lake Albert. Previously, the population of hippos in this area has been less but is lately increasing and this has been through the effort of conservation by the concerned authorities. The two water bodies are shared by Uganda and the DRC and the two countries are cooperating in the conservation of the wildlife to increase hippo population. 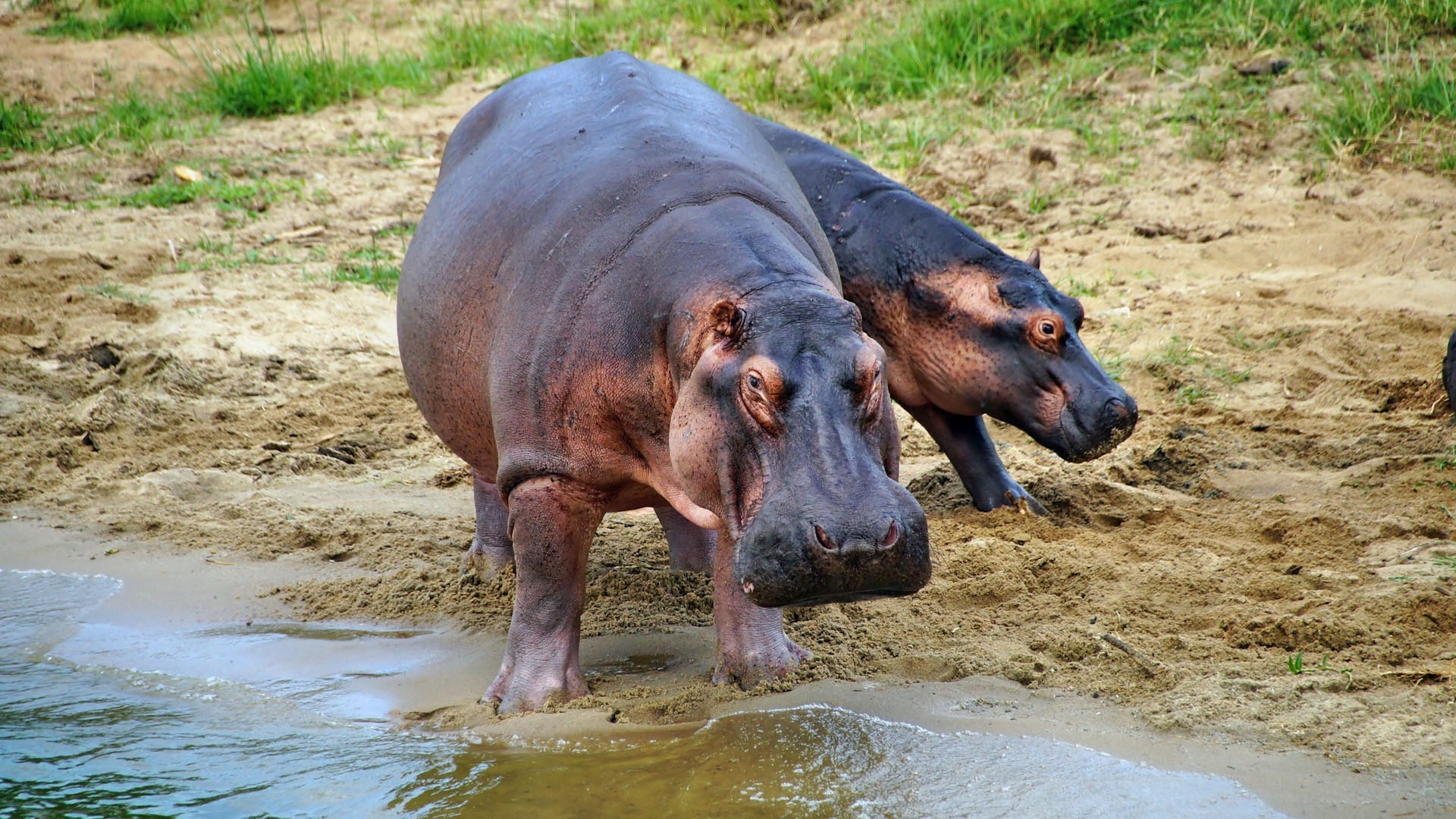 Uganda has two major seasons- the wet and dry seasons. There are two dry seasons from December to February and June to August while the wet seasons come in the months of March, April, May, September, October and November. Generally, the dry season is considered the best time to visit Uganda national parks because during that time, there is little or no rain which makes the roads passable. This is also the best time for filming hippos because boat safaris are safe from harsh weather interruptions like heavy wind and rain.

What are the requirements for filming hippos in Uganda?

Essential requirements for filming in Uganda include the following;

Other things to pack for this activity are;

Uganda is a wonderful safari destination well known for adventures including gorilla trekking whitewater rafting and mountain climbing plus other easy activities like wildlife viewing. In addition to this, Uganda is a good spot for hippo filming with a number of factors to allow you get a rewarding experience, for example the many water bodies, beautiful weather and the supportive agencies and wildlife authorities. For more information about and booking for hippo filming tour in Uganda, contact us through info@mumwesafarisuganda.com or call us directly on +256-700135510/ +256-414699459.

Top 5 Rental cars Ideal for a gorilla safari in Uganda

Where to See Tree Climbing Lions in East Africa

If you are looking for a wondrous place to go for safari in Africa, East…

Also known as the Pearl of Africa, Uganda is one of the top fascinating safari destinations…